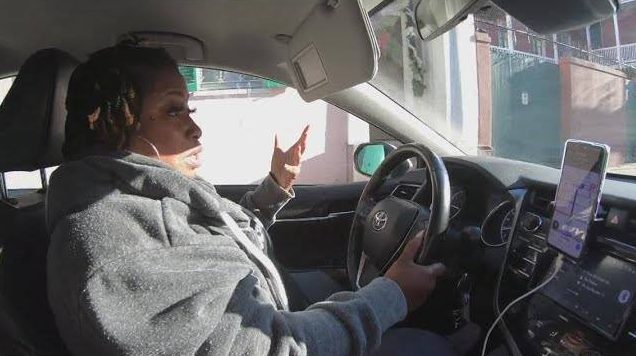 Brandon Jacobs, 29, was booked on a second-degree murder charge for the killing of Yolanda Dillion, 54, a fiscal analyst at the New Orleans Police Department and part-time Uber driver.

Dillion was stabbed multiple times in her car in the parking lot of a hotel in neighboring Jefferson Parish. She was on the job during the stabbing and drove the disturbed man that killed her.

Suspect Brandon Jacobs stated that he woke up the morning of the murder and decided to kill someone. He posted video of the aftermath of the stabbing on social media, but authorities have since it taken down.

Dillion was driving the suspect to a Travelodge location when he allegedly stabbed her multiple times in the back seat. He then posted the horrifying footage to his Facebook account. The killer walked away after the murder, only for the next passenger to arrive at the car and see Dillon’s stabbed body.

Jacobs allegedly told investigators that he originally planned to kill an Uber driver that picked him up. However, he backed out when he realized he would need a ride back to the Travellodge afterward. Instead, he decided to kill the driver that responded to his ride request to the hotel.

Yolanda Dillion was a breast cancer survivor and a constant whirlwind of activity. She was working her day job, attending classes to get her PhD, and driving Uber during her “down” time to make extra money for Christmas gifts for family and children. She was the caretaker for her elderly mother, who is now left without her daughter’s presence and assistance.

New Orleans native actor Wendell Pierce tweeted that he was angry about Dillon’s death, saying that the murderous violence of New Orleans and this country has come even closer to him personally.