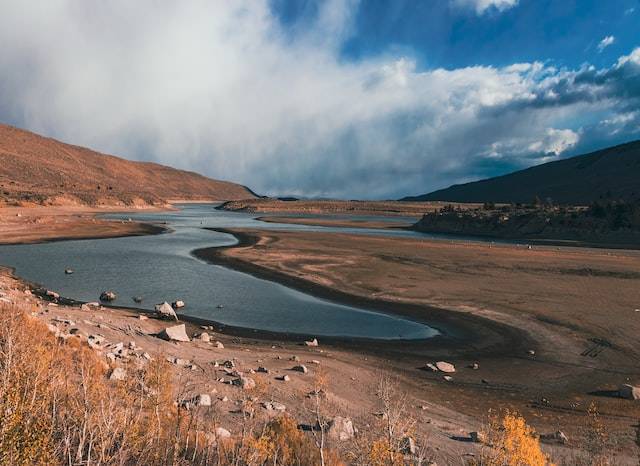 A sign marks the water line from 2002 near Lake Mead, which has shrunk to a record low amid a punishing drought.

The National Park Service said Saturday that more human remains have been discovered at Lake Mead, the fourth set since May.

No details about how long the remains were in the lake or the person’s gender were immediately provided as the investigation remains ongoing. The Clark County Medical Examiner is trying to determine the cause of death.

The West’s ongoing drought has reshaped Lake Mead’s shorelines, and the lake’s depth is the lowest it’s been since 1937. The water level in the lake has dropped so low that it has exposed a sunken World War II-era vessel.

Police have speculated that more remains may be discovered as the water level at Lake Mead continues to recede. The lake surface has dropped more than 170 feet since the reservoir was full in 1983.

For more updates on the remains found at Lake Mead, check out the news outlets listed below.