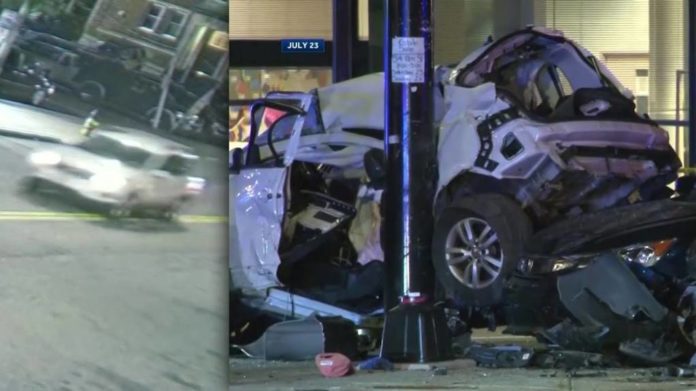 Jayxavien Nunez, 20, was out grabbing milk and juice when he saw a three-car crash that left a 13-year-old girl dead and four other teenagers hospitalized. Nunez ran over to the 13-year-old girl and checked her pulse, then went to check on the other people in the car.

After the accident, police announced the SUV had been reported stolen the day before. A man who lives nearby the location of the crash said he didn’t have time to call 911 because he was too busy aiding the victims.

Nunez said he acted off of instinct, didn’t do anything for recognition and didn’t know what else to do when he saw the victims. He was honored by the crowd and received thank you cards from the city manager’s office and police department.

A community gathered on Saturday to remember the 13-year-old girl killed when this stolen SUV hit two other cars. Four other teens were seriously hurt, including a classmate of 12-year-old Adrian Browne-Jackson.

The vehicle’s headlights were off and it ran a red light, hitting two cars and a utility pole.

A community organizer said the community has to stand up for the children of Worcester and create safe places where the children can go to be productive.