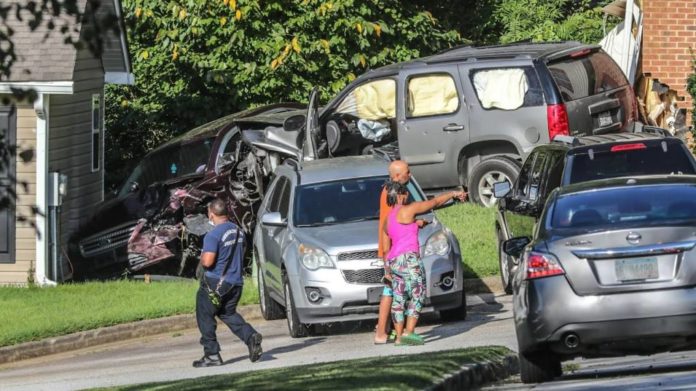 A shooting occurred in a road rage incident in Stone Mountain, and the shooter is not in custody. One vehicle was involved, and the shooter’s vehicle crashed into another vehicle, and then into a home.

A driver with 2 kids in his car was shot before plowing his SUV into another car and a house. The wounded driver and two boys climbed out of the wreckage and fled to a nearby residence, but the gunmen fled the scene before police arrived.

Police have not released any information about the shooter. However, they predict that the shooting began from a road rage incident. Reporters have been talking to neighbors to gather more details.

Neighbors told news outlets they heard more than 20 gunshots and saw cars speeding down the narrow street before the shooting unfolded. They recognized the victim, who ran from the car with two children after the shooting.

Yvette T. said her daughter got home from work around 7:45 a.m. and heard gunshots. She looked out her bedroom window and saw people shooting guns, like a movie.

Yvette said the SUV took out two mailboxes and her daughter’s car and drove through her yard and into her neighbor’s yard. Residents spent the afternoon cleaning up after a shooting in their neighborhood.