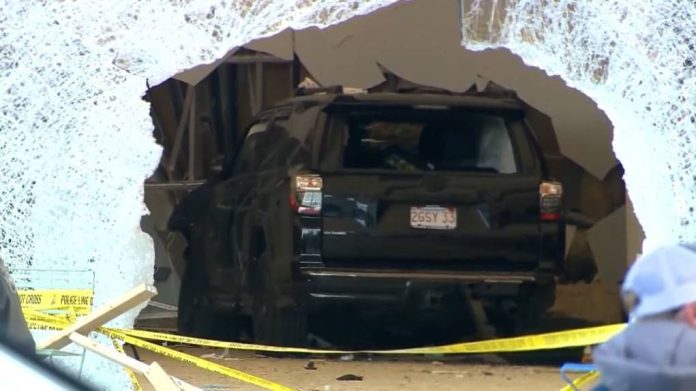 According to Assistant District Attorney David Cutshall,  Rein voluntarily went with police and consented to a recorded interview with investigators following the crash on Monday.

While speaking with state and local investigators, Rein claimed that he had eaten breakfast and applied for jobs before leaving his home to go to Warby Parker to get a lens replaced in his eyeglasses. He claimed that his right foot got stuck on the accelerator while driving to get the lens replaced.

Rein’s lawyer also reinforced this claim. The lawyer said the man’s foot got stuck on the accelerator and that he tried to brake with his other foot but failed.

At the time of the deadly crash, Bradley Rein’s Toyota 4Runner crashed through the front glass window of the Apple Store. This collision killed a 65-year-old man and pinned other people against a wall.

Authorities have not said whether they believe the crash was accidental or intentional.

Apple responded to the incident Monday evening in a statement to Boston.com. The statement read, “We are doing everything we can to support our team members and customers at this very difficult time.”

The driver did not qualify for a court-appointed counsel, but was appointed an attorney for bail purposes who said Rein had cooperated with investigators and there was no reason to believe he would fail to appear.