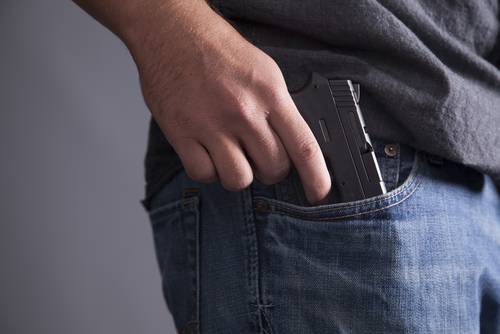 Ginsberg opened fire on Monday, November 21, 2022, at about 4:25 p.m. Palo Alto police responded to a report of gunfire at Fleming’s restaurant on Monday and found two bullet casings and an unoccupied parked vehicle nearby. The suspect had been sending threatening text messages to his former supervisor.

Palo Alto police believe a shooter fired a total of two shots at a restaurant in the mall. One of the bullets that was fired went through the front of the restaurant and the other bullet hit a parked vehicle.

As the scene of the crime was being investigated, police found two bullet casings from a handgun on the east side of 100 block of El Camino Real.

People at the mall took cover in stores and restaurants, recording video of officers with guns drawn searching the property. Witnesses described the scene as terrifying and chaotic as everyone tried to seek some sort of protection. Fortunately, no one was physically hurt despite the threatening nature of this shooting.

Detectives arrested Ginsberg without incident on Tuesday. The authorities also processed his car for evidence and served a search warrant at his home. During this investigative search, they were able to the firearm they believed was used in the crime.

Investigators are still looking for an individual who drove away from the shopping center in a black Chevy Camaro. They may have been involved in the shooting in addition to the suspect that has already been arrested.