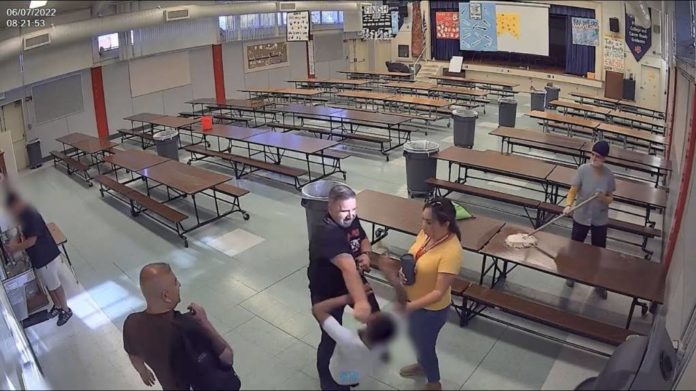 The legal guardian of a boy who has autism said that a vice principal who has a specialized certification for handling students with autism shoved the boy to the ground. The superintendent of the Fresno Unified School District called the incident ‘repugnant’.

Vollhardt claims the boy was ‘getting in his face’ and made fists and pressed them against him, causing the man to shove the kid. The district and police department took three months to release the footage, much to the anger of the boy’s guardian.

The school district and police released the video Thursday, three months after the incident, which motivated the child’s guardian angry to find a lawyer.

The Fresno Police Department’s chief is upset he didn’t see the video of the incident until two weeks ago and is implementing changes so even misdemeanor violence gets reviewed by a supervisor.

For additional information about this incident of child abuse, please consider the news outlets listed below.