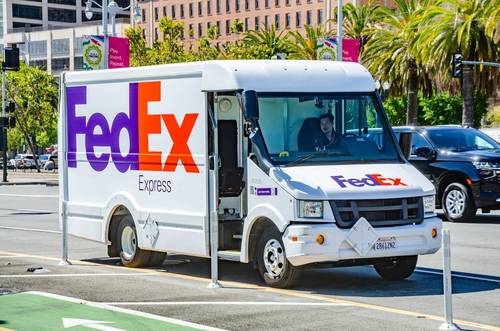 A FedEx contract driver has been arrested and accused of kidnapping and killing 7-year-old Athena Strand. He has confessed to the crime and told authorities where Athena’s body was found.

Athena Horner was making a delivery in front of Athena’s house when she disappeared Wednesday. Her body was found on Friday evening along the water’s edge of the Trinity River near Boyd, and Horner confessed to the crime and told authorities where to find her body.

Investigators don’t believe Horner knew Athena or her family. The family is devastated and angry about the death of their precious child.

Athena’s disappearance has rocked her local community as well. Hundreds of volunteers assisted with the search over the past two days, but the sheriff said authorities had scaled back the search and were focusing more on the investigation.

Athena arrived home as usual on the school bus about 4:15 p.m. Wednesday, but her stepmother said she “expected” her to come back. But she wasn’t there when she went to her stepdaughter’s room about 5:30 p.m.

The Wise County Sheriff’s Office said Athena’s stepmother reported her missing at 5:40 p.m. Wednesday. A thorough search of a five-mile radius found no trace of the missing child.

Deputies and other first responders searched the rural property until 4:30 Thursday morning and then returned at 7 a.m. for an expanded search. Authorities searched both outdoors and inside all buildings in the immediate area.

Authorities used helicopters with thermal-imaging cameras, drones, horses, dogs and ATVs in the search and investigation, which is now transitioning to an investigation accompanied by a search.

After the tragic conclusion of that search, Wise County Sheriff Lane Akin said, “We’re just sad it didn’t end the way that we hoped that it would end.”

FedEx Ground provided a statement late Friday, saying that they were shocked and sorrowful at the reports surrounding this tragic event.