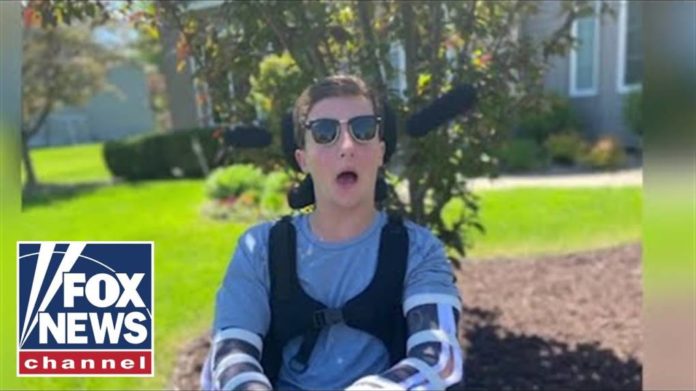 Ryan Patrick Delanty and Thomas Andrew Shultz were charged with felony hazing and misdemeanor supplying liquor to a minor or intoxicated person for allegedly leaving 19-year-old Daniel Santulli blind and unable to speak or walk on his own.

Daniel Santulli suffered “massive brain damage” after an October 2021 hazing incident, according to his family attorney.

On Oct. 19, 2021, Santulli reported to the fraternity house for “Pledge Dad Reveal Night” and was given a family size bottle of vodka to finish on his own.

Santulli was left on a couch with a blood alcohol level of .468, and slid off the couch, sustaining a brain injury that remains the same nine months later.

He was found unresponsive due to alcohol poisoning. His family settled with nearly two dozen defendants in a civil lawsuit in May.

Danny is still unable to speak. He is unable to walk due to paralysis and has become blind as well.

The lawsuit says Danny Santulli was stressed out by the fraternity initiation process and his family asked him to stop pledging.

University of Missouri president Mun Choi said the university must address alcohol use and other concerns in holistic ways to make the campus safer for everyone.