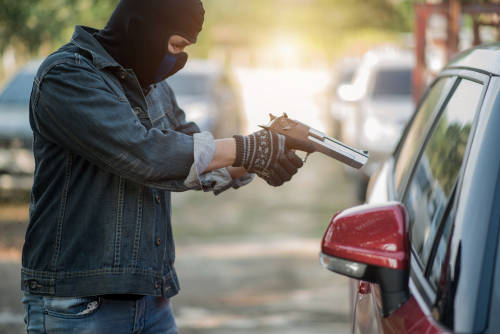 Two brothers, 23 and 18, are facing first-degree murder charges after 21-year-old Charisma Mebane was shot and killed Friday night. Jaquez Reddick and Tracy Crawford were identified as the suspects involved in the shooting.

Police have not said what may have led up to this shooting and are still investigating the motive of the crime.

Last Friday night, Durham police roped off the parking lot of the gas station and found 12 evidence markers. A car with one bullet hole was also found.

On Monday morning, Reddick and Crawford appeared virtually before Durham County Judge Dave Hall. The judge decided not to set a bond for the two defendants as the DA’s office is still waiting for more information about the case.

The parents of the two suspects asked the judge to let them out on bond, but the judge decided to keep them in jail for now.

You can view the crime scene and the suspects that were arrested by checking out the following video:

Durham Police have come up against a lot of local violence. Durham officers are fighting gun violence with traffic stops, knock and talks, and increased patrols in high crime areas.

For additional information on this gas station shooting, please consider the news outlets that are listed below to stay in the know.