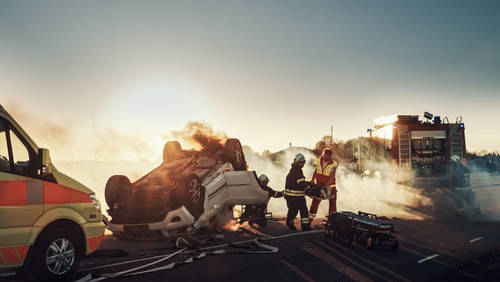 A typical drive back to school turned deadly in this tragic car accident that took several lives.

Investigators say a 38-year-old man was driving a pickup truck that crossed into oncoming traffic and killed nine people, including six students and a coach.

The National Transportation Safety Board said Thursday that DNA testing showed that Henrich Siemens, 38, was driving the pickup that struck the van carrying University of the Southwest students and their coach.

The students involved in the crash were part of the men’s and women’s golf teams for the University of Southwest. They were on their way back to campus after competing in a tournament.

The NTSB said the truck’s left front tire blew before impact, but investigators haven’t found evidence of a loss in tire pressure or any other indicators that the tire failed.

The van carrying the students crashed into a tree on the way to the stadium. Six students were killed and two were seriously injured.

The cause of the crash is being investigated. However, reports have determined that the driver of the truck was positive for meth in his system.