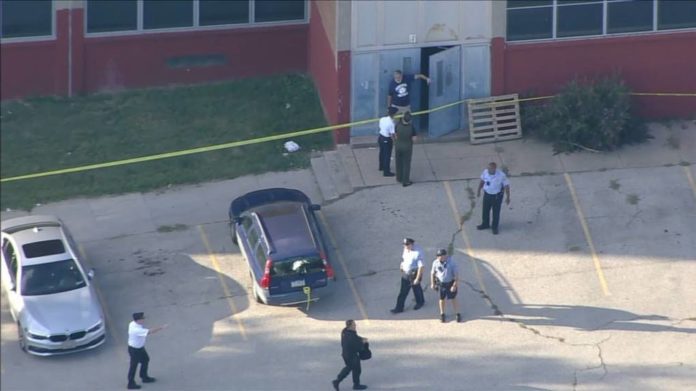 During a high school football game, the primary concern is which team will win and which will lose. However, at Roxborough High School, an average scrimmage turned deadly during a shooting ambush.

A shooting occurred at Roxborough High School after a football scrimmage. Two gunmen “ambushed” a group of students walking near the school and shot five students.

Police initially found two 14-year-olds, a 17-year-old and another victim suffering from gunshot wounds. One of the 14-year-olds died. Larry Krasner, Philadelphia County District Attorney, said he was outraged and shocked by the shooting.

A light green Ford Explorer opened fire on Roxborough High School players, killing 14-year-old Nicholas Elizalde. A suspect has not been publicly identified, and a motive for the attack remains unknown.

Players from three schools were involved in the scrimmage, Stanford said. The gunmen appeared to have fired “a lot” of bullets at the players, Stanford said.

Authorities are searching for a car with five shooters inside, according to sources.

For additional information on this high school shooting, please consider the news outlets listed below to stay in the know.