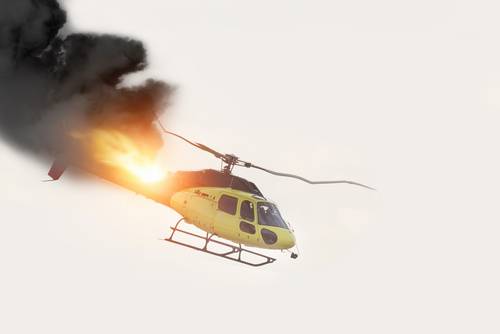 WBTV’s Sky3 news helicopter was in a crash accident, killing two people on board. Those who died in the crash were meteorologist Jason Myers and pilot Chip Tayag.

Chip Tayag had been flying for more than 20 years and worked with WBTV for five of those years. The meteorologist was survived by his wife and four children, who are now trying to cope with unexpected grief.

According to the Federal Aviation Administration, their Robinson R44 helicopter crashed around 12:20 p.m. Tuesday. The incident took place off Interstate 77 South. The helicopter collided into a grassy area that was in close proximity to the highway.

It’s a tragic day in Charlotte. As we’re entering into the holiday season, there are now two community members that won’t be home spending time with their families. This is a devastating loss and my thoughts and prayers are with their families and our entire community. https://t.co/Z4OfLVeDFT

Charlotte-Mecklenburg Police Chief Johnny Jennings said the pilot made diversionary moves away from the highway to save lives, and there were no further injuries or vehicles on the highway involved in the crash. However, there were three other people transported to the hospital that were also on board the helicopter.

Charlotte Fire received a call that a helicopter crashed on I-77 south. A witness said the pilot tried to save lives in the way that he tried to avoid any additional casualties. He circled the helicopter looking for a place to put the tire down, and got it just off the highway. This decision avoided injuring even more people that were driving in local traffic on the highway.

The FAA sent a statement about the crash via email, saying the NTSB would investigate.

Traffic delays are expected to continue into the evening on I-77 Southbound, near Nations Ford Road, and may impact other major roads and highways throughout South Charlotte.