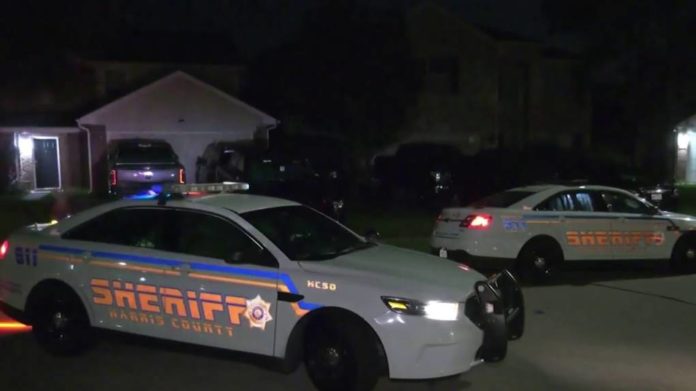 Deputies responded to a homecoming after-party for Paetow High School in Katy Independent School District. A neighbor called the police when he heard gunshots and saw teenagers hovering over a body in the yard. He said he could hear the victim screaming.

A suspect opened fire at a homecoming after-party for students at Paetow High School, shooting three people, including a 17-year-old and two 18-year-olds. All three victims sustained non-life threatening injuries and are currently stable.

Mason Rowe came outside quick enough to see the chaos unfolding after the shooting. He said he is uncomfortable with the shootings happening so close to home. Deputies found three victims shot, one of whom was 17 and the other two were 18 years old.

Deputies say the party was promoted on social media, and that two groups fought, leading to the shooting. The front and back yards were left littered with trash, and the fence was damaged with holes, seemingly from people trying to escape when the shots rang out.

The suspect fled the scene and has not been located.

Bolade Abioye said he agreed to rent out his home as a private transaction after seeing it advertised on AirBnB, but was shocked by what he came home to. He says he won’t rent out his property again.

To learn more about this incident, please consider the news outlets listed below.