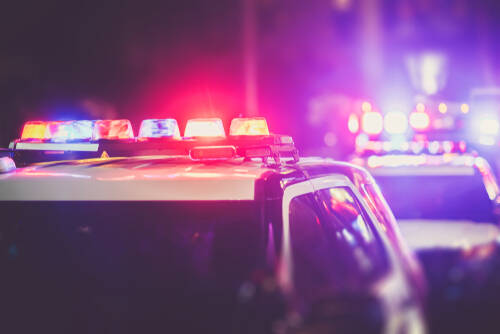 At approximately 6:33 pm on January 5th, 2023, Del Rio police officers responded to a call regarding a missing 12-year-old female. Parental reports indicated the child was taken by an unidentified adult male without their knowledge or consent.

There was video surveillance footage near the child’s residence that captured a description of the suspect’s vehicle.

A child was seen entering the suspect’s vehicle and then leaving the area. The suspect’s vehicle was tracked using the department’s license plate reader system as it entered Del Rio at 5:09 p.m. The car was seen driving east on a nearby highway just after the abduction was reported to the police.

In order to assist with the investigation, the US Marshal’s Office, the Val Verde County Sheriff’s Department, and the Texas Department of Public Safety were contacted. After locating a possible address for the suspect, a call was made to Stafford Police Department to request assistance in finding the suspect’s vehicle at the given address.

Christopher Quintanilla, 24, is being charged with Unlawful Restraint of a Minor and an arrest warrant affidavit has been prepared.

During the preliminary investigation, it was revealed Quintanilla met the child through a social media platform. He then traveled to Del Rio to take her with him without the child’s consent or knowledge.

In order to keep the child safe, Judge Gonzalez placed conditions of bond prohibiting Quintanilla from any direct or indirect contact with the child.