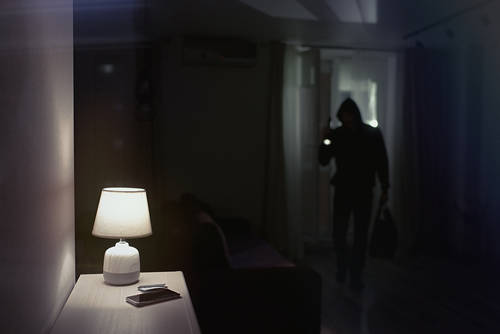 The defense argued there were inconsistencies in the state’s case with evidence and that two other people involved are putting the blame on their client.

Six people total were involved in the home invasion of the MMA fighter. Summer Church and Jace Swinton were sentenced to 10 years in prison and 10 years of probation for second-degree murder. Alton Anders, Austin Baker, and Cameron Burgess-Clark are all awaiting trial. Their charges are first-degree murder and home invasion.

The group of men broke into Rajman’s suburban Boca Raton home and stole swords, marijuana, narcotics, a scale and money.

Ortiz’s trial ended with jurors finding prosecutors proved he was armed the night Rajman killed but did not prove that he fired the weapon. Ortiz was described the “ring leader” of the night’s events and altered the plan to ensure Aaron didn’t fight back.

The jury reached a verdict Tuesday afternoon in the State of Florida vs. Roberto Ortiz case, convicting him of first-degree murder with a firearm and home invasion robbery. The state and defense presented their closing arguments for approximately an hour ahead of the jury. Jurors heard from numerous witnesses including law enforcement, and Rajman’s mother made a few remarks after the jury reached a verdict.

Once the jury reached their verdict, Roberto Ortiz was convicted of first-degree murder with a firearm and two counts of home invasion robbery with a firearm.

Rajman, a 145-pound featherweight, lived with his mother, aunt and younger brother in Florida until he made his MMA debut in April 2014. He was murdered in his own residence, and five years after his murder his killers are finally being brought to justice.