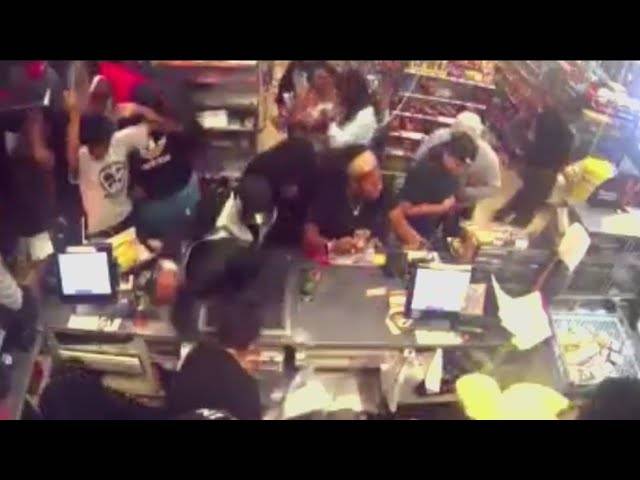 On Monday, 12:40 a.m., a sideshow of cars took over a street in Los Angeles. This takeover allowed a mob of people to ransack a 7-Eleven. Surveillance video shows the chaotic incident, which included people running amok through the aisles and stealing lotto tickets.

Police say that more than 100 people were inside the store at the time of the looting, and that the suspects fled the scene before authorities arrived. They are facing charges of vandalism, looting, and grand theft.

The LAPD has warned the public about sideshows and “smash-and-grab” shoplifting since last year, when groups of people rushed into a series of retailers and grabbed goods. Combining large groups of people and fast cars can be deadly.

The government response to street takeovers in California has been to try to eliminate them. The LAPD has been stepping up traffic enforcement since late July and has impounded 14 vehicles and made 30 traffic stops.

Police broke up a street takeover while it was still in progress, and impounded at least two vehicles. This video captures the chaotic scene:

To learn more about this street takeover, consider the news outlets listed below to stay in the know.