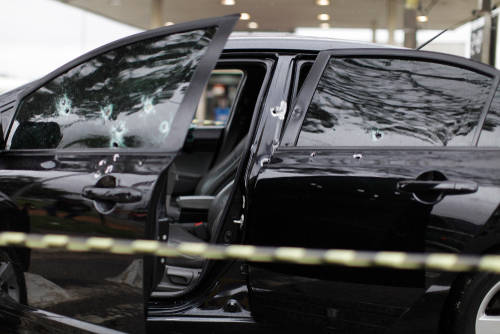 Louisiana State University is mourning the loss of Allison Rice, a senior marketing major, who was found fatally shot inside a “bullet-riddled car” early Friday, Sept. 16, near downtown Baton Rouge. It was a very unexpected loss for those that knew Allison considering how young she was.

A Louisiana State University student was shot and killed in her car early Friday morning. The Baton Rouge Police Department is now investigating the shooting and is working with the university’s presidents, BRCC Chancellor, Student Government, BRPD and East Baton Rouge Sheriff’s office.

Senior Allison Rice was shot while attempting to make a U-turn at a train crossing, according to witnesses. Police said the woman was possibly waiting for a train to pass when she was shot.

The college senior was an employee at The Shed BBQ Baton Rouge, and co-workers said they’re shocked by the loss. The investigation is ongoing for the former student who was about to graduate. The shooting was “senseless violence” and the mayor called it “completely unacceptable”.

Rice was remembered as a kind friend and a sweet person by her sister’s roommate, Avery Ruelet. She was also a free spirit and liked to dance and sing, according to her aunt Susie Rice Granier.

To learn more about this tragic story, please consider the news outlets listed below to stay in the know.