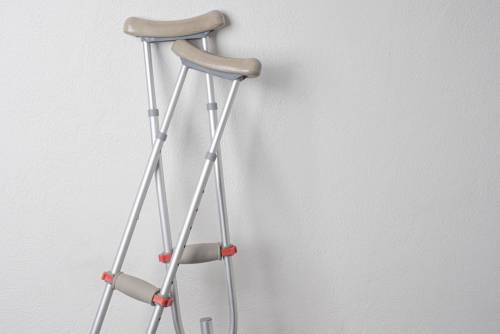 A man in dark clothes attacked a young boy with a crutch around 7:40 in the morning on November 17th. He calmly walked away and headed north on St. Paul’s Place. His attack was near a local church.

The close proximity of this assault has left residents terrified. They now fear for their own safety while navigating their way through the neighborhood.

The boy was on his way to school when a man with a crutch ran up behind him and hit him. He suffered minor injuries to his head. The boy was taken to an urgent care center and is now in stable condition.

The New York Police Department took to social media to see if anyone would recognize the suspect of the attack. Their twitter post featuring security footage of the incident can be seen below:

The suspect is seen wearing a mask, sunglasses, and dark neutral colors. He ran down the sidewalk near a building, and then began running across a nearby street. As he approached the 12-year-old victim, he began raising a crutch that he was holding.

He struck the young boy twice with the crutch before crossing the street again. The masked man briskly walked away from the scene.

Jamal McIlwain, 28, was arrested for allegedly attacking the 12-year-old boy with a crutch last week in Brooklyn, police confirmed Wednesday. When he was arrested, he was taken into custody for suspicious behavior outside of a high school that has not been publicly identified.

At his arraignment on Friday, McIlwain reportedly claimed to work for “NCIS” and was ordered held without bail.

Police said the incident was random and unprovoked, but don’t know if the victim’s Asian heritage was a motivating factor.