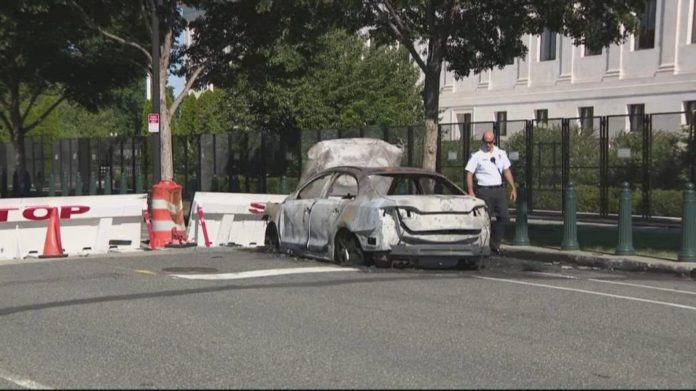 A man was found dead at the site of a gruesome crash scene. Richard A. York Iii from Delaware was identified as the 29-year-old that died from this self-inflicted incident.

A man drove his car into a vehicle barricade near the US Capitol Building early Sunday morning, then exited his car. His car then became “engulfed in flames” as he fired several shots into the air. He then fatally shot himself when authorities approached him.

No one else was hurt aside from York.

US Capitol Police Chief Tom Manger said the man who crashed his car into a barricade had a criminal history, but that there was no indication of his motive. The DC Fire Department is investigating whether the man started the fire himself.

Officials have stopped short of linking Sunday’s death to any political events in the news, but Washington’s halls of power sometimes become focal points for people distressed over national politics.

The case of Sunday’s shooting unfolded amid high political tensions in the nation’s capital and beyond, after the FBI searched former president Donald Trump’s home in Florida on 8 August.

Sunday’s events also brought to mind the April 2021 death of Capitol police officer Billy Evans and the 2013 shooting death of a Connecticut woman. Both drivers had mental illness.