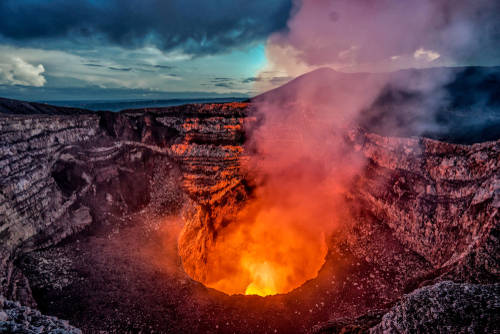 A 23-year-old American tourist fell several meters into Mount Vesuvius while taking a selfie, but sustained only minor injuries.

Philip Carroll was injured when he fell from the top of Vesuvio volcano. He tried to recover his phone, but slipped and slid a few meters into the crater.

The man walked on an unmarked path to the summit of Mount Vesuvius. This venture costs tourists $2,500 per day, according to a spokesperson.

Carroll had come to the opposite side of the crater, where visitors are not permitted. He pulled out his phone to capture the moment. However, he dropped his phone and got injured in an effort to retrieve it.

After examining the accident, it’s believed that Carroll fell 300 meters into the crater of Vesuvius after straying from the authorized path.

Volcanological guides performed first aid on his injuries in response to the accident. The man survived the fall and is recovering from his injuries.

The president of the Volcano Vesuvius Permanent Presidium and Figav-Confesercenti, Paolo Cappelli, said he was grateful for the guides’ work and that they saved a human life last Saturday.

As of now, no any legal action will be taken against the man for straying off the path that was set by tour guides.

For more information on this terrifying story, consider the following news outlets listed below to stay in the know.