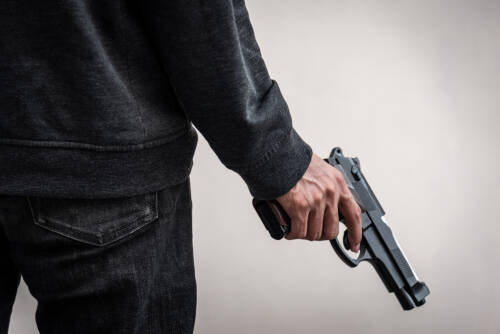 A press release from the Coahoma County Sheriff’s Office stated that Marquez Griffin, 25, was arrested after a police standoff in Jonestown in which he allegedly shot two children. The victims were a 1-year-old girl and a 9-year-old boy, and held a third child at gunpoint.

A local off-duty deputy responded to the scene around 2 a.m. when he heard a call about a child who had been shot.

According to police, a man had allegedly been holding a child at gunpoint at the scene.

The suspect eventually dropped his weapon after police convinced him to do so. A sheriff’s office statement said they managed to save the child before capturing the suspect.

Deputies discovered two children with gunshot wounds inside Griffin’s home after he was arrested, police said. Authorities said one of the victims died at the scene, while the other was taken to a hospital, where he later died.

Neither the relationship between the children nor their names have been revealed by the police. However, a family member of the 1-year-old girl who died after the shooting identified the little girl as Averi Jones. In addition, she claims that the shooter is considered a “friend” of the baby’s mother and said that she was shocked that Griffin was allegedly involved.

According to the sheriff’s office, Griffin had recently moved back to the area from Arlington, Texas. A reason for the violence has not yet been revealed.

Currently, he is being held at the Coahoma County Adult Detention Center on charges of murder and aggravated assault.