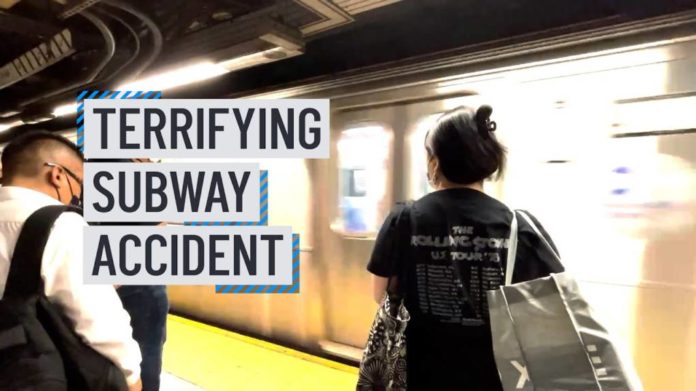 At the Avenue M stop in Midwood on Thursday afternoon, passengers expressed shock and fear as they learned why news cameras and officials had descended on the outdoor station. Overgrown weeds grew between the tracks, which were littered with plastic bottles, caution tape, and a man’s sneaker.

Marcus Bryant, 37, was exiting a Q train in Brooklyn when his clothes got caught in the train’s door, police said. Bryant was then dragged onto the tracks and hit by another train, police said.

Police officials said that the incident occurred early Thursday and that after getting caught onto the tracks, Bryant fell into the pit.

The victim was killed when his foot got wedged between a subway car and the platform and he was dragged along the platform before being thrown onto the tracks, according to the NYPD. He was then hit by a northbound train several minutes later.

New York City Transit President Richard Davey disputed the police account and said it remains unclear how Bryant got stuck between the train and platform.

In 2019, at least two people were killed after getting dragged by subway cars. One died in February and the other died in April.