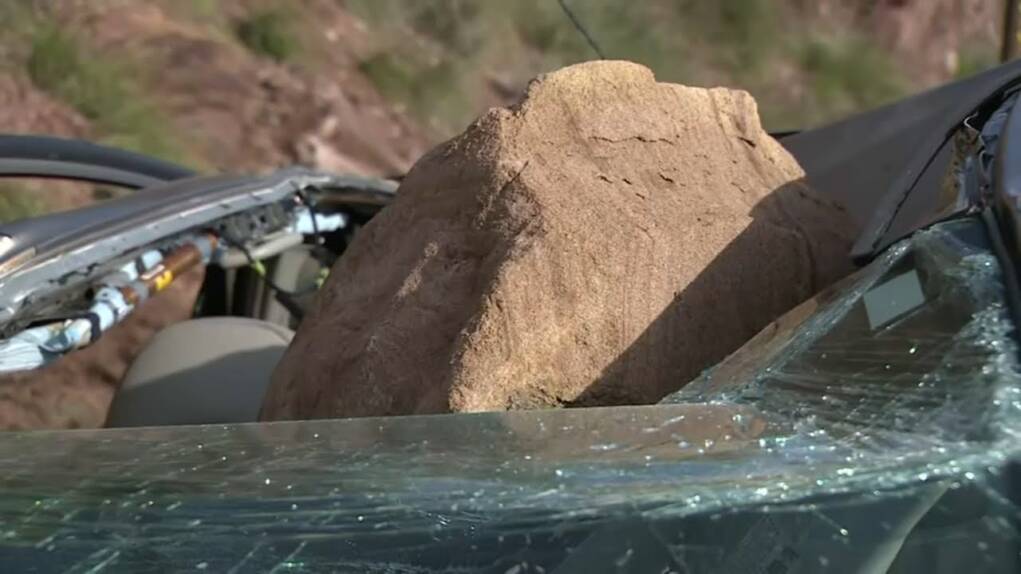 During a near-death experience, a man recounts narrowly avoiding being crushed by a boulder.

It was Tuesday afternoon when Mauricio Henao received a phone call from his parked car in Malibu, California. Leaving the car, he heard massive rocks tumbling down the hillside as he took the call.

“I just heard loud crashes,” said Henao, according to CNN affiliate KTLA. “And I ran out and saw my car just crushed.”

Photos of the incident depict the aftermath of the man’s car, which was impaled by a guardrail. A four-foot boulder caused the roof of Henao’s Prius to cave in.

He shared that the boulder that landed on his vehicle was “the size of the whole hood.” He continued describing the aftermath, saying, “the windshields are all broken and the frame of the car is just all twisted.”

Four lanes of traffic were blocked by debris from the hillside, according to KTLA. The rocks that fell down the hillside did not injure anyone, but several other cars were damaged.

Other natural disasters have also occurred in a similar location. Earlier this week, California was hit by a historic storm that caused a rockslide.

In the aftermath of the storm, trees were toppled and roads were flooded. Over 25 million people in the Sacramento and San Joaquin Valleys and along California’s central coastline are under flood watches this weekend.