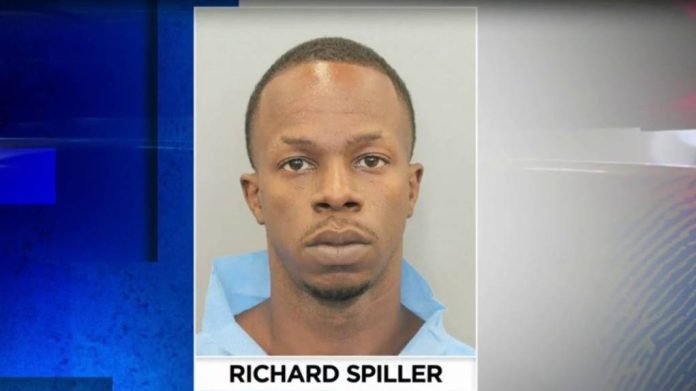 Richard Spiller, 31, allegedly shot an 8-year-old boy after the boy got into an argument with his son while playing basketball. Spiller escalated the argument by showing up at the home of the boy’s family and started shooting at the family, prosecutors said.

The argument all began with two children. Prosecutors said Spiller’s son, who is 4 years older than the shooting victim, got into an argument with the 8-year-old. During this altercation, the young child slapped the older one.

When Spiller caught wind of this, he became enraged. He went directly to the 8-year-old’s home, demanding to be informed about what happened during the argument the child had with his son.

However, the response he received was not enough. 31-year-old Spiller returned a third time to the home. Only this time, he returned with a van full of people to continue the argument.

The conflict continued to grow. The 8-year-old boy’s family was on a neighbor’s porch when Spiller returned for a third time. He began shooting at the family, and in the process he shot the 8-year-old boy in the leg.

Many are baffled by how quickly the father escalated the disagreement. The attacker turned a kids’ fight into a gunfight, and hurt a child who is still in pain. Because of the injuries he endured during the shooting, the young boy will never be able to play contact sports again. He tries to remain athletic, but he is still in pain from his gunshot wound.