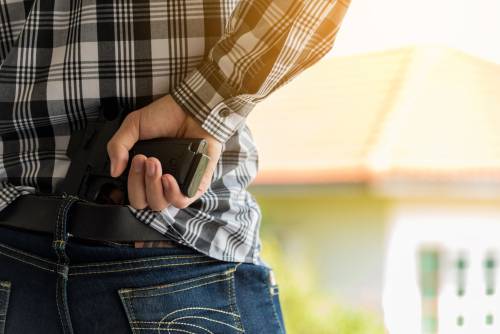 A murder-suicide happened in a two-bedroom single family home that the shooter and his fiancee bought last summer, authorities said. Fall River police found four shooting victims at a home at 511 Bank St.

The shooter was 25-year-old Christopher Jean Baptiste. His fiancée’s father, 69-year-old Hubert Labasquin, was rushed to the hospital alongside him. However, they were both later pronounced dead at Saint Anne’s Hospital in Fall River.

Jean Baptiste and Labasquin got into a physical altercation, which ended with Labasquin being fatally shot.

Jean Baptiste also shot his fiancee’s mother and sister. The woman and her 25-year-old daughter were taken to a hospital but are expected to survive.

Tuesday night, Jean Baptiste allegedly told his fiancee that her family had to leave their home immediately. The man then shot her family members before turning the gun on himself.

Jean Baptiste had no prior criminal history in Massachusetts before the time of the shooting.

Police have cleared the scene of the shooting at a home on bang Street in Fall River and are calling it a very active investigation.

Neighbor Christine Fernandes woke up to find disturbing evidence of the shooting. There was a bloody handprint near her front door, one that was possibly left by one of the victims.

She says she didn’t hear a knock on her door or her doorbell ring overnight and wonders if someone from the house behind her was trying to get help.