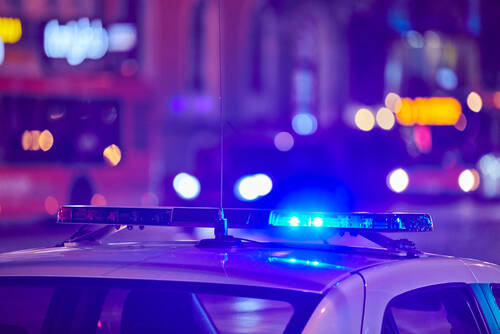 A Franklin County deputy and another woman were shot last week, and the suspect has been identified after charges were filed.

Following the incident that occurred in the early hours of Friday, December 23, 2022, Gregory C. Guilfoyle, 31, Brookville, has been charged with attempted murder and neglect of a dependent.

According to the preliminary investigation, Franklin County Deputy Arin Bowers responded to the area near SR 1 and US 52 shortly after midnight. He did so after receiving a report that Guilfoyle was carrying a small child while walking in the area.

In response to Deputy Bowers’ attempts to speak with Guilfoyle, Guilfoyle pulled a handgun and fired at him. At least one round struck Deputy Bowers. The body armor he was wearing prevented him from being injured by the round.

In return, Bowers fired at Guilfoyle and struck him with a round. During his treatment at University of Cincinnati Medical Center, Guilfoyle suffered serious injuries. Child Services of Indiana took custody of the 23-month-old child, who was unharmed the altercation.

The deputies then responded to a nearby residence on Colonial Heights Road to conduct a welfare check on Gregory’s wife. Hannah M. Guilfoyle, age 23, is also the mother of the child that was taken by Child Services of Indiana.

At the residence, initial evidence indicated she had been shot, causing serious injuries. Her condition was critical when she was transported to the University of Cincinnati Medical Center.

According to the initial investigation, Gregory Guilfoyle shot Hannah Guilfoyle before walking away from the residence with the child. A short time later, Bowers encountered him and more gunfire was exchanged. Gregory Guilfoyle was charged with two counts of Attempted Murder, Level 1 Felony, and one count of Neglect of a Dependent, Level 6 Felony.

Gregory Guilfoyle and Hannah Guilfoyle remain at UC Medical Center. There is still an investigation going on.