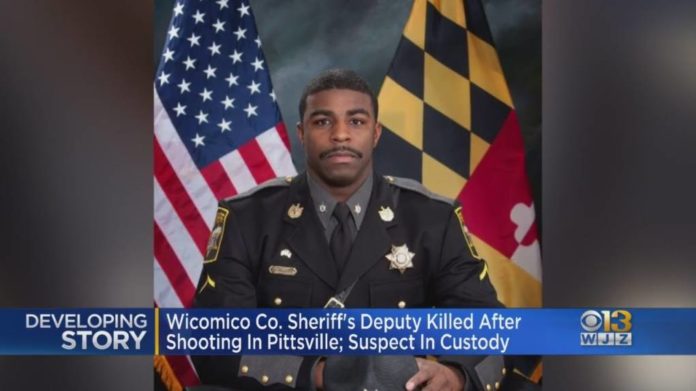 A sheriff deputy from the Wicomico County Sheriff’s Office was shot and killed while attempting to apprehend a fugitive on Sunday.

Glenn Hilliard, 41, was a 16-year veteran of law enforcement. He was recently transferred back to patrol after requesting to be on the field, the sheriff’s office said.

The officer responded to an apartment complex based on a tip that the fugitive he was looking for stayed there. Hillard’s body camera revealed that the suspect fired 3 rounds at the officer, one of which struck and killed Hillard.

Austin Davidson, 20, was wanted for questioning regarding an officer-involved shooting. He was later located and arrested after the death of Hillard. The suspect was captured after an extensive manhunt by dozens of law enforcement officers.

Austin J. Davidson, 20, is charged with first- and second-degree murder in connection with Hilliard’s death.

According to police charging documents, Davidson confessed to shooting Hilliard and posted what he did to a friend’s social media account. He had a semi-automatic gun and several magazines on his person when he committed the crime.

The sheriff’s office said it was heartbroken over the murder and would support those who knew and loved Glenn. Glenn Hilliard was remembered as an “incredible human being” and will be greatly missed.

For more information on this story, consider the following news outlets listed below to stay up to date.