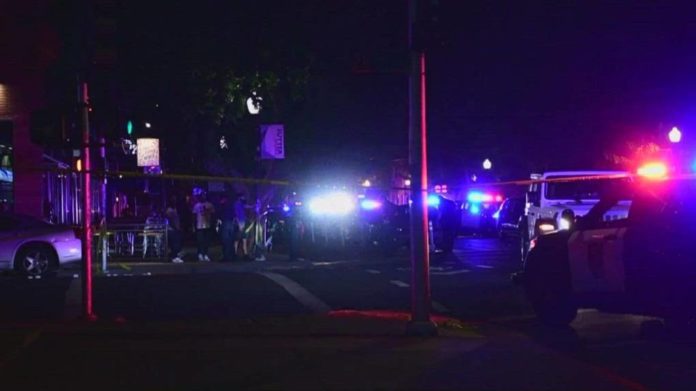 A late-night shooting outside popular late-night spots killed three people and wounded 12. The shooting occurred around 1:00 in the morning. Three potential suspects face murder charges as a result of the deadly incident.

A man was shot early Sunday morning near the intersection of 28th and J streets after a fight between two people. Police believe the victim went to a car to get a gun and then began shooting at the suspect.

The shooting occurred on a popular midtown block home to restaurants, bars and a music spot, police said Sunday morning. Two shooters were involved, according to police, but no suspect information was available.

A man fled for his life to an upstairs room at Bar West Midtown after gunshots erupted, and many others watched helplessly as police officers gave Medical Aid to a man who eventually succumbed to his wounds.

The Sacramento Police Department encourages witnesses to contact the dispatch center or Sacramento Valley Crime Stoppers with information regarding this investigation.

Police have closed off J Street from 27th to 28th in downtown Sacramento after multiple gunshots were heard. Police are asking anyone with information on the shooting or the death of the deceased victim to reach out or contact Crime Stoppers.

Sacramento Police are trying to prevent gun violence by deploying more officers on the city’s busiest nights and working with venues to promote Safety.

For additional information on this shooting, please consider the news outlets listed below to stay in the know.