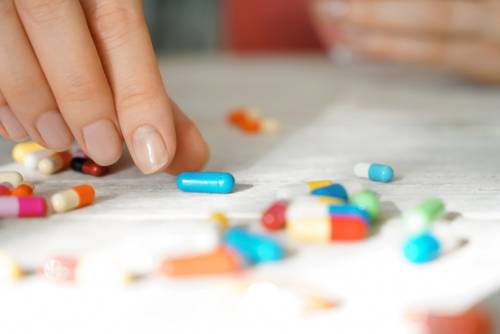 A judge sentenced Kelly Turner to 16 years in prison for child abuse resulting in death. She also received 10 years for felony theft, and 3 years for charity fraud.

Investigators say Turner made up fake medical illnesses for her daughter, Olivia Turner. She subjected Olivia to unnecessary hospital visits and surgeries to “cure” a mysterious medical illness that could never be pinpointed.

Staff at Children’s Hospital Colorado suspected Turner of lying about her daughter’s condition. However, failed to notify law enforcement or the Department of Human Services until it was too late.

Olivia’s mother claimed the young girl was having trouble digesting foods and was constipated. Doctors removed a hardened stool from her colon, but Olivia’s mom kept bringing her back.

Olivia had three different feeding tubes installed at Children’s Hospital, and a tube sending nutrition through her veins. Her mother convinced doctors to prescribe her an anti-seizure medication, despite medical reports showing doctors never actually witnessed Olivia suffering from a seizure.

Olivia was discharged from the hospital, went into hospice care and died less than 3 weeks later. Multiple doctors told investigators on-record that they believe Olivia was not terminally ill.

Attorneys believe Children’s Hospital Colorado failed to follow Colorado’s mandatory child reporting laws. Olivia’s death could have been prevented months or even years before she passed away.

The hospital treated Olivia from 2012-2017, saw her for 1,000 admissions and performed over 25 unnecessary procedures on a healthy child. There were too many questionable visitations to neglect reporting Turner’s behavior.

Law enforcement conducted multiple interviews with staff after Olivia died, including an occupational therapist who claimed the girl graduated to age-appropriate foods and had no problems swallowing or tolerating foods.

Investigators began looking into Turner after she started bringing Olivia’s sister into Children’s Hospital. One doctor looked at the child and said what Turner had been telling them didn’t make sense.

The mother’s motivation for this medical abuse was likely money-driven. Detectives learned Turner received more than $538,000 in Medicaid benefits, but that’s nothing compared to the $3 million Children’s Hospital Colorado billed for treating Olivia.