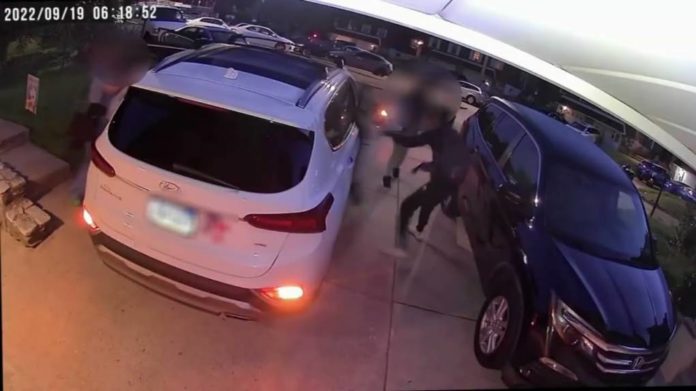 Amir Harvey, 20, was arrested and charged with carjacking and carrying a firearm during a crime of violence.

In the early morning hours of September 19, 2022, Philadelphia police officers responded to a report of a robbery in progress, where the victim’s car was stolen by an armed individual.

The victim and her daughter were getting ready to leave for school when an armed individual pointed a black handgun at their heads and took the keys to the vehicle out of the victim’s purse. The victim used her cell phone to track the stolen vehicle to a nearby apartment complex.

The Carjacking Task Force was established several months ago to investigate violent gun crimes, and will continue to collaborate with local, state, and federal partners to seek justice.

Security video footage captured the terrifying incident and showed the carjacking attack against the mother and daughter involved.

For additional information on this carjacking case, please consider the news outlets listed below to stay in the know.