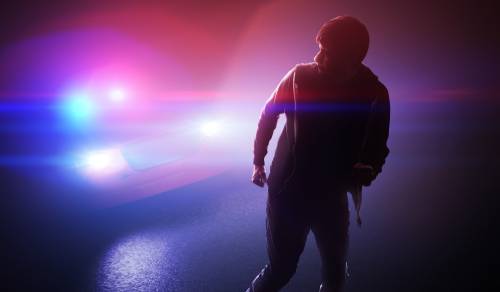 On Monday, November 7, 2022, at approximately 6:45 p.m., Matthew Richardson, 31, was found suffering from a life-threatening gunshot wound. When authorities arrived, the victim was pronounced dead at the scene.

Police say Zackery Hannah, 20, shot and killed Richardson after an altercation with Richardson and a woman. Hannah then fled the scene on foot, carrying a shotgun, into the wooded area of the Glen Acres community, where he was encountered three times by police.

Cpl. Katrina Frazier said Hannah fled into the woods, pointed his weapon at a resident, and was struck multiple times by police. He was taken into guarded custody afterwards.

The preliminary investigation revealed that Zackery Hannah had been involved in an altercation earlier in the day at the exact location of Richardson’s death. It was found that Hannah had fired rounds into an occupied vehicle. From the scene of his crime, Hannah fled on foot with his shotgun before running into the authorities on several occasions.

When the suspect was confronted by officers, the police engaged in gunfire with the suspect. Zackery Hannah fired a round at officers in response. The suspect was struck multiple times during the exchange, and he was later transported to a hospital.

Standard protocol for all officer-involved shootings includes two independent investigations. The results of these investigations are forwarded to the District Attorney’s Office for review. This investigation process will ultimately determine any reform on behalf of officers that needs to be done.

The officer who was shot and injured by the suspect is now at home and resting with his family. A K-9 that was at the scene was also injured amidst the gunfire, but is ultimately expected to survive its’ injuries. The officers involved in the shooting exchange will be on administrative leave for at least three days.