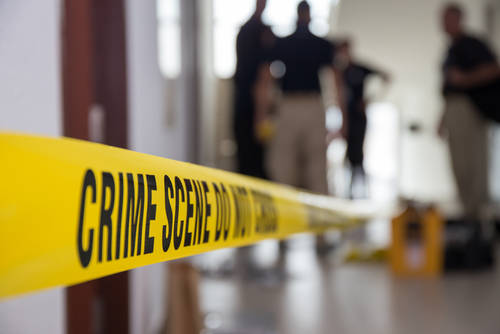 The small community of Laurel in northeastern Nebraska is still recovering from the shock of four homicides that rocked the city Thursday. Residents say they trust their neighbors and are still pulling together.

A 42-year-old man was arrested Friday in connection with the four homicides early Thursday morning in Laurel, Nebraska, according to the state patrol. Investigators believe that gunfire played a role in the deaths at two separate homes in the northeast Nebraska town.

A person was found dead inside a residence in Laurel around 3 a.m., and three more people were found dead in a residence a few blocks away. Investigators believe accelerants may have been used in each of the fires.

Cedar County 911 received a phone call about an explosion at a home, and when fire crews arrived, they discovered a body inside. Three individuals were found deceased inside a second home.

The Nebraska State Patrol SWAT Team then entered the second home where Jones was found with severe burn injuries. Gunfire is believed to have caused the deaths.

James Roberts, who has owned Laurel’s Hometown Market for more than a year, said the deaths shocked the small town. “Stuff like this doesn’t happen in this town,” Roberts said.

For more details on this startling story, please consider the news outlets listed below to stay in the know.