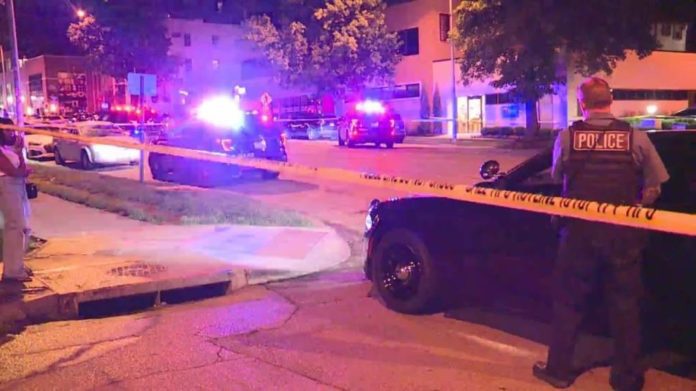 A disturbance occurred at Westport Ale House around 11 p.m. Sunday. Three off-duty Kansas City police officers responded to the disturbance by firing their guns, striking six people, one of whom died.

Six people were shot overnight in Westport, one person dead. Four vehicles were taken away from the scene, two of which had their backs blown out by gunfire.

A fight broke out inside of Westport Ale House around 11 o’clock, and 3 off-duty police officers who were working security for Ale House returned fire. This injured several people in the process and killed another person.

Westport Bar has added security screening on Friday and Saturday nights, but not on Sunday nights. The website says people have to empty their purses, empty their pockets, and walk through a metal detector. However, that was not the case when the shooting occurred.

The Missouri Highway Patrol is investigating the shooting to determine the order of events and the motive of those involved.

Sergeant Bill Lowe says investigators are still trying to figure out where the bullets came from and if officers hit who they intended to shoot. The Missouri Highway Patrol has not released any information about the suspect, potential suspect or the victim in the situation.