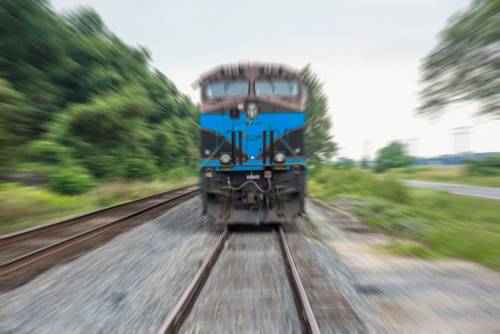 Two police officers have been charged with multiple felony and misdemeanor counts following an incident in which they allegedly placed a handcuffed female suspect in a patrol car that was then hit by a train.

Yareni Rios-Gonzalez was pursued by police after flashing a gun at another driver, the report said. Police put her in the backseat of their cruiser so that they could bring her into custody.

The car was parked on train tracks, and there was a train approaching the patrol car in Fort Lupton, Colorado. It hit the vehicle at 45 miles per hour. The police officer who put her in the car claims he didn’t know she was there.

The woman who was injured in the incident was also charged with one count of felony menacing. She has since been released from the hospital after the injuries she sustained from being hit by the train.

No court dates have been set for the three defendants.

The Weld County District Attorney’s Office announced the charges in a statement, but did not provide details about what the officers did leading up to the crash that might have contributed to the incident.

Pablo Vazquez was charged with five counts of reckless endangerment and traffic-related violations after allegedly putting three people at risk. Vazquez told other officers on body camera footage that he thought he had cleared the tracks when he parked his patrol vehicle behind Rios-Gonzalez’s truck to arrest her.

Police video shows officers searching Rios-Gonzalez’s truck as a train approaches. When trying to remember if the suspect was in the patrol car, one officer responds, “Oh my God, yes, she was,” as the train slams into the vehicle.