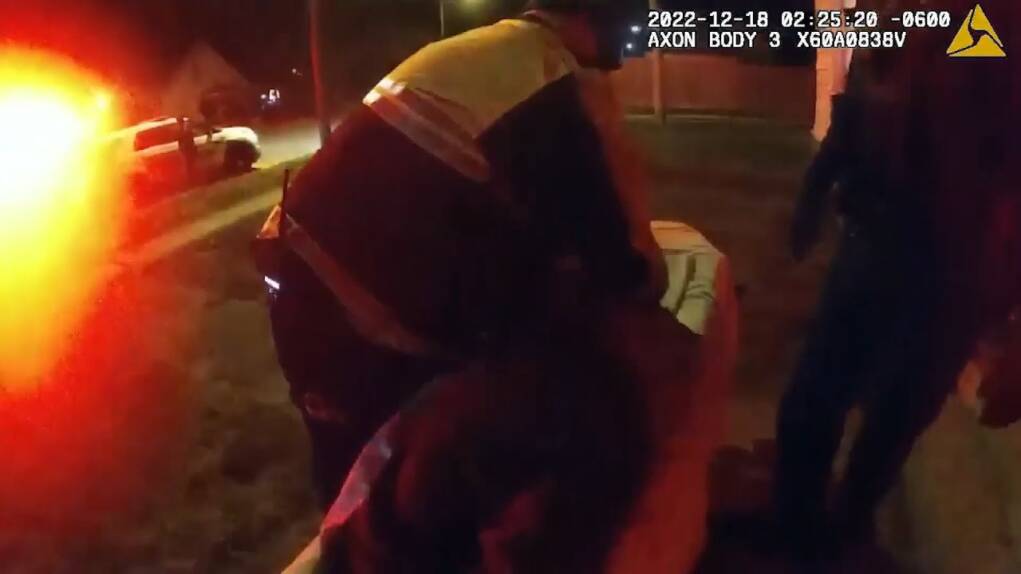 According to court documents, two paramedics in Illinois are facing murder charges after a patient died from positional asphyxiation in December.

According to a news release from the Springfield Police Department, police requested medical assistance for a 911 caller suffering hallucinations. The medical emergency occurred due to alcohol withdrawal at a home in Springfield on December 18.

There were two respondents: paramedics Peggy Finley, 44, and Peter Cadigan, 50.

In the body camera footage released by police, Finley enters the home’s rear bedroom as an officer introduces her to the patient- Earl L. Moore, Jr.

In the footage, Finley yells at Moore to stand up and walk to the ambulance. She exclaims, “You’re gonna have to walk ‘cause we ain’t carrying you!” She continued yelling profanity at the patient in an agitated tone.

“The Springfield Police Department was later notified the patient had passed after arriving at the hospital,” according to a news release from the department.

The autopsy report conducted by the coroner suggested that the paramedics might be at fault for the man’s death. The report states: “compressional and positional asphyxia due to prone facedown restraint on a paramedic transportation cot/stretcher by tightened straps across back and lower body in the setting of lethargy and underlying chronic alcoholism.”

Documents show Finley and Cadigan were arrested and charged with first-degree murder on January 9.

Each of them is being held on a $1 million bond at the Sangamon County Detention Facility. On January 19, both are scheduled to appear in court again.