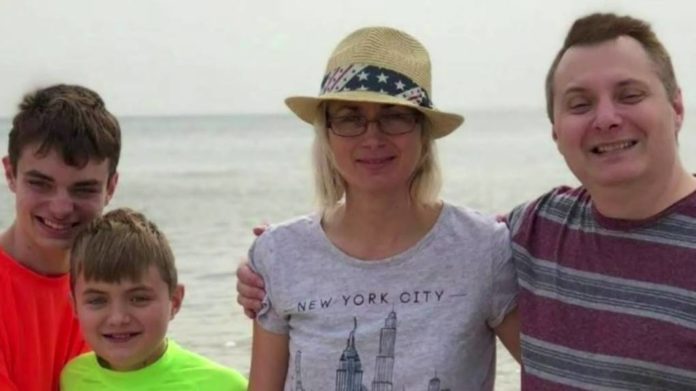 The Fremont Police Department said the Cirigliano family was located in Wisconsin on Sunday. They had last been seen in Michigan’s Upper Peninsula.

Police have received over a dozen tips since announcing their search for the missing family, including a confirmed sighting at a gas station in Gulliver on Oct. 17.

Police searched the Ciriglianos’ home after Tony called 911 expressing concern about information he said he had about the terrorist attacks on Sept. 11, 2001. This call was considered to be extremely peculiar and paranoid.

However, the parents didn’t have a criminal history that would cause a lot of suspicion. The family has no history of run-ins with police, apart from an issue involving their son Brandon that occurred last summer.

The Ciriglianos’ disappearance is “uncharacteristic” because they are known to spend a lot of time at home and typically don’t travel far when they do leave. One neighbor said she hadn’t seen them this week.

Sue Schondelmeyer, the family’s neighbor, said she only saw the minivan a couple weeks ago. She recalls the Ciriglianos usually having just plain cars, and she didn’t recognize the minivan.

Another neighbor, Josh Brinkman, said the Ciriglianos are friends with his family and that he goes to school with the two boys. He said the last time he saw the boys, everything seemed “normal”.

Relatives said they have heard nothing new, but say they were last known to be in Iron Mountain, Michigan, more than 400 miles from Fremont.

The family of four had not been heard from since Sunday, Oct. 16 – the same day the father called police to his Fremont home asking for protection. However, the family was finally spotted in the Upper Peninsula the following day.