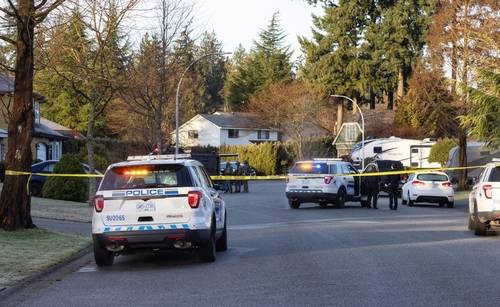 Deputies were called to 2003 N. Huntington in Odessa on Nov. 5 in regard to an unresponsive child. They found the 8-year-old boy had sustained suspicious injuries throughout his body and talked to the boy’s mother, Megan Lange, who said her son fell back on his head.

The child was identified by initials, AC, and was brought to the Medical Center Hospital. The hospital staff continued to perform life-saving measures, but the boy died despite their efforts.

After the child’s death, an investigation began. Investigators talked to Lange, who said the boy had woken up after defecating and urinating on himself. The boy’s mother told investigators that AC “fell back” as he was speaking with his mom about the accident he had in bed. She claims that he stopped breathing while she was talking to him.

8-year-old AC was survived by 6 other children that were living in the house. This included AC’s oldest siblings who gave tips to the police about the whereabouts of their parents.

The siblings told investigators that Rodolfo Reyes, their father, was in the home the day their brother died. However, Reyes denied causing any injuries to the child.

This claim of innocence didn’t line up with the evidence that was being found during the investigation. At the time of his death, the young boy was malnourished and showed other signs of neglect.

An autopsy revealed the 8-year-old boy’s cause of death was asphyxiation by manual strangulation with underlying causes of neglect. Both Lange and Reyes were found to be in full custody of the young boy, and they were charged with responsibility over his cause of death.

Megan Lange, 29, and Rodolfo Reyes, 33, have now been charged with capital murder of their 8-year-old son.