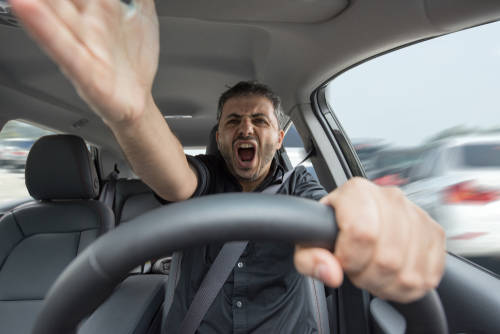 Smith, driving a white Volkswagen van, and Boudhane had an argument before the fatal confrontation, the court heard. Smith ran towards Boudhane with a knife in his hand.

The prosecutor described CCTV footage of the incident, in which Smith swung his knife twice at Takieddine, striking him in the chest with one of the blows.

Despite suffering a 7.5cm wound, Boudhane ran after Smith and hit the side of the van with his crash helmet as he drove off, the court heard. Boudhane then collapsed on the ground and died.

Smith returned home and did not tell his family about the incident, then traveled to Austria using his brother’s passport and bank card. He was arrested in Lisbon, Portugal, in June 2021.

Smith claimed he had acted ‘defensively’ after the victim produced a screwdriver and claimed he had not intended to hit him with the knife. However, the jury found him guilty of murder.

Detective Chief Inspector Neil John said the murder of Taki was a tragedy and that anyone considering carrying a knife should think again.

For more information on this story, please check out the news outlets listed below to stay in the know.