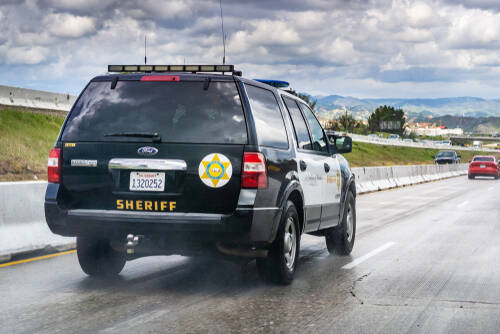 Maggie Dunn was 17 and Caroline Gill was 15, and they were both students and cheerleaders at Brusly High School in Louisiana. The crash took place during a high-speed pursuit of a home-invasion suspect.

One officer has now been charged as a result of the crash.

Liam Dunn is Maggie’s brother, and he was also in the vehicle during the collision. Liam is currently in critical condition as a result of his injuries. His father, Kenny, shared on Facebook that Liam will require surgery for a broken femur, tibia, left wrist, fractured skull, and other injuries.

He has requested that friends and family donate blood in Liam’s name at Our Lady of the Lake Regional Medical Center in Baton Rouge. Addis Police officer David Cauthron, 42, was arrested after the crash took place.

The officer has been charged with two counts of negligent homicide, as well as one count of negligent injuring in relation to the crash.

According to booking documents, Addis Police officer David Cauthron was still in custody as of Monday. It is not clear if he has hired legal representation to comment on his behalf. District Attorney Tony Clayton stated that the officer has been put on administrative leave and “has a lot of questions to answer” regarding the speed and negligence involved in the crash.

The crash occurred as the officer was in pursuit of 24-year-old Tyquel Zanders, and authorities say that the officer collided with the car carrying the two teens. Zanders was later apprehended after his car crashed and was charged with home invasion, theft of a vehicle, and aggravated flight. It is not immediately clear if he has engaged legal representation to comment on his behalf.

Brusly High School Principal Walt Lemoine released a statement to students and faculty members, which was also posted on social media, stating that the loss of Maggie Dunn and Caroline Gill is deeply felt in the school community. He noted that Maggie’s mother, Erin Martin, and sister, Tori Hill, work at the school, and Caroline’s older sister is a senior at Brusly High with younger siblings in the school system.