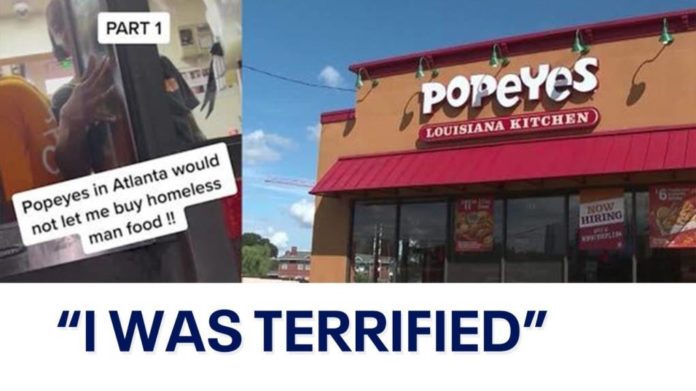 Jo Ortega, a student at Georgia State University, said she saw a man who seemed hungry and decided to order him some chicken, but was told she couldn’t by Popeyes employees. She posted a video of the interaction on TikTok and it quickly went viral.

The woman was told she couldn’t purchase food for the homeless man at this Popeyes store in Atlanta, and the police were called. No arrests were made.

Ortega said she was “terrified” when she saw the police lights behind her car, but the officer said he appreciated her for buying the man food. Ortega was able to get in contact with the store’s general manager, who let her order the food free of charge.

A spokesperson for Popeyes told Newsweek they were aware of the incident and had provided employees with re-training.

Popeyes said in a statement that it is committed to treating everyone with dignity and respect and that employees have been provided with retraining.