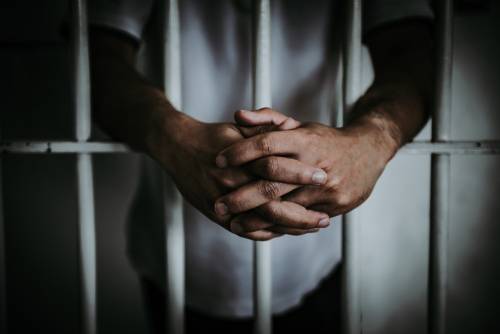 Justin Williams, 24, was charged with killing and dismembering 22-year-old D’Asia Johnson and keeping her body in his flat for weeks after her death.

A suspect allegedly stabbed his victim nine times, five to the chest and four to the back, just months before her death. Her remains were discovered by cops conducting a wellness check at her apartment as they tried to look for her.

During the initial investigation, cops found pools of blood and Johnson’s body parts inside two different suitcases in the apartment. the suspect tried to cover up the smell by using cleaning products and towels. The victim’s killer ran off before police arrived and found the gruesome scene.

Neighbors told news outlets that Johnson had been violently abused by her ex-boyfriend for two years. Her mom was complaining that she was going to end up dead long before the nightmare became a reality.

Nearby neighbor Stephanie Harris told reporters people tried to warn Ms. Johnson about him and his abusive behavior, but no one would listen to the warnings.

In October, Justin Williams waived his right to remain silent and admitted to killing Johnson and dismembering her corpse, according to court documents. Williams’ new girlfriend showed up after the homicide, police said.

Williams was accused of murdering Johnson and using his slain ex’s federal benefits card to make purchases in New York City. He was also accused of skipping out on a second-degree assault rap and stealing $1,200 in merchandise.

Detectives picked up Williams from Nassau County, LI, and brought him to Brooklyn’s 75th Precinct, where he was charged with murder. No one else was charged in the murder.