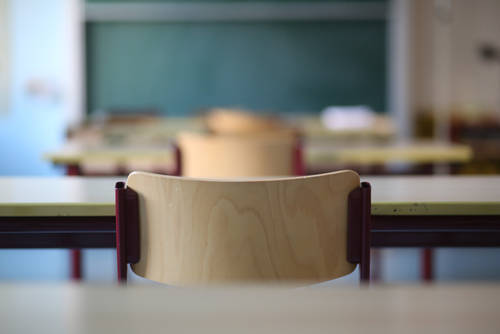 A fight at Heights High School led to a scare at the north Houston campus on Tuesday, police said. One police officer suffered heat exhaustion during the incident, and students were dismissed early and taken home on buses.

Local law enforcement officials responded to an unconfirmed shooting at a Houston Independent School District high school Tuesday, according to the Houston Police Department. Multiple agencies were called to the scene and cleared the first and second floors.

Authorities confirmed no shots were fired and that no injuries were reported during the investigation. Heights High School, as well as Hogg and Hamilton Middle Schools, were placed on lockdown after a threat was made. School buses are transporting students who normally ride buses.

The emergency calls turned out to be false, but Houston Police, Houston Fire, the Harris County Precinct One Constable’s Office, and Houston ISD responded quickly to the incident.

A tweet shared a video of SWAT officers entering a classroom and asking students to put their hands in the air.

This is the new reality for our kids who are just trying to learn and live another day!
There was an incident at Heights High School in Houston Texas and SWAT is going classroom to classroom pic.twitter.com/LBS34Lvxek

After police, fire and school officials responded to reports of an active shooter at Heights High School, it turned out to be false. Authorities said the person who made the report will be prosecuted to the fullest extent of the law.