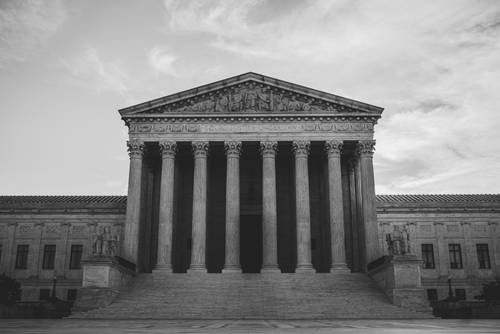 The Supreme Court ruled 6-1 that Roe v. Wade must be overturned and that the power to regulate abortion must be returned to the people. The ruling is likely to lead to abortion bans in roughly half the states.

In 13 states, including Mississippi, Alabama, Kentucky and Missouri, abortion is already banned. Another half-dozen states have laws that prohibit abortion after 6 weeks of pregnancy.

Attorney General Merrick Garland said the Justice Department will protect those seeking abortions in states where it is legal and work with other arms of the federal government to protect reproductive care.

Thirteen states are poised to enact immediate abortion bans, and at least 13 more could quickly follow suit after the Supreme Court overturned Roe v. Wade on Friday. Five states still have abortion bans on the books from before Roe v. Wade.

The Arkansas Department of Health issued a notice to abortion clinics throughout the state on Friday, warning them that performing an abortion is considered a felony and is punishable by prison time of up to 10 years.

While red states in roughly half the country are poised to ban most abortions following the overturning of Roe v. Wade, many blue states have already moved to protect abortion rights and expand access ahead of Friday’s Supreme Court decision.

For more information on this Supreme Court decision, consider the following news outlets listed below to stay in the know.