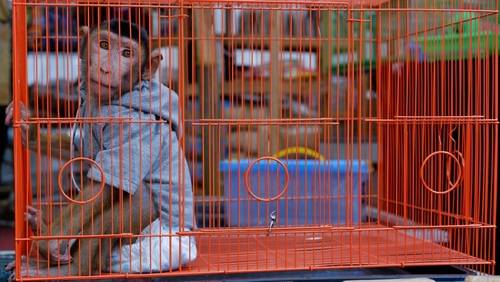 Trisha Denise Meyer, 40, a fugitive animal dealer, surrendered in California on Tuesday after almost five weeks on the run. She was scheduled to appear before US Magistrate Judge Sheri Pym.

Meyer was charged with trafficking endangered species, bringing an endangered jaguar cub from Texas to California, where a buyer took custody of the cub before changing his mind and selling the cub to yet another person.

Meyer vanished until Tuesday, when she finally surrendered to federal authorities. After her recent surrender, she was arrested again.

In 2016, authorities discovered a menagerie of animals roaming free in Meyer’s Houston home, including a large male tiger, which Meyer admitted she only locked up when leaving the house. At that point, Meyer had been released on a $15,000 bond.

Meyer then fled to Las Vegas, Nevada, but was eventually located and her tigers confiscated.

Meyer protested her “innocence”, but several online victims of her illegal activities would beg to differ. One man bought a monkey from Meyer for $6,500 that died two hours into the drive home. Meyer sold another buyer a live jaguar cub in spring 2021 for $30,000, and the animal was transported from Texas to Commie California.

The buyer owned a jaguar for one to two months before selling it to another buyer. However, the buyer’s roommate dropped off the jaguar at an animal rescue center after someone expressed concerns about having a juvenile jaguar and a newborn infant in the same house.

The person who expressed concerns about the jaguar later told law enforcement that he and his roommate had taken it to an animal sanctuary in Alpine.