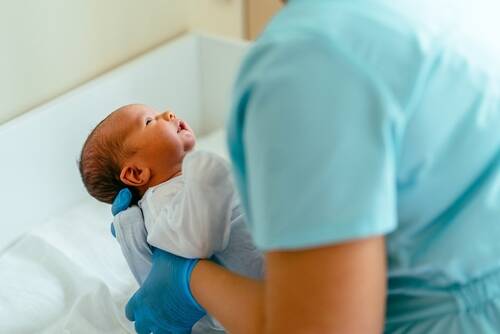 Lucy Letby, an accused serial killer nurse, attempted to murder a 15-weeks premature baby girl by force-feeding her milk through a nasal tube. Letby reportedly tried to murder the infant in a neonatal ward in 2015, after the infant had a “very large projectile vomit.”

The prosecution alleged that Letby either introduced air into the same nasogastric tube or overfed Child G with milk through the tube, and that the vomit ended up on the chair several feet away.

A baby girl was force-fed a “massive” amount of milk by Lucy Letby, the British nurse who is currently standing trial on charges related to the killing of seven babies in the UK, according to the Hereford Times.

Expert witness Dr. Dewi Evans testified that the baby’s vomit “ended up on a chair that was several feet away” and that the overfeeding was an “intent to harm”.

Prosecutors told jurors of Post-It notes found at Letby’s home, including one that read “I haven’t done anything wrong and they have no evidence so why have I had to hide away?”

Letby was detained in 2018 on accusations of killing eight infants while she was employed at the Chester Hospital. She denied all allegations and pleaded not guilty to killing the babies that she treated prior to their death.

Medical expert Dr. Dewi Evans reviewed the case of Letby’s murderous allegations. Dr Evans suggested that one of the deceased infants had received far more milk than prescribed down her nasal tube, and that her brain damage was caused by over-feeding.

Prosecutor Nick told the jury that they would have to decide whether or not the victim did these dreadful things after hearing all the evidence.