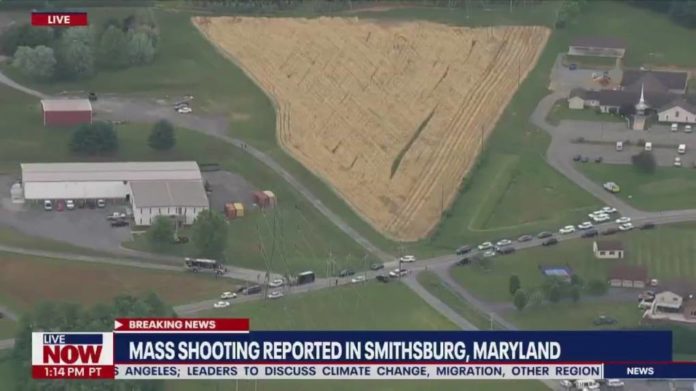 Deputies responded to a report of an active shooter at the Columbia Machine factory in Smithsburg, Maryland. They located 4 victims, 3 of which were deceased at the scene and one who was critically injured.

Officials responded to the call around 2:30 p.m. on Thursday. The gunman fled the scene and was spotted and confronted by a Maryland State Trooper who intervened.

The suspect and a state trooper got into a shootout on Mapleville Road. The suspect was captured and the trooper has ednured a minor injury.

Deputies said the first shooting happened at a company that produces concrete production equipment. The incident is still being investigated. However, authorities say that the suspect is no longer a threat to the community.

The Maryland State Highway Administration closed Route 66 near the factory. This was to ensure that the incident was taken care of and the community wouldn’t be at risk of further harm.

Evidence was collected later to find the weapon used during the shooting. Police found a gun outside the driver’s side door of a pinned car near the Mt. Aetna traffic circle.

To follow up on this story, check out the following news outlets to learn additional details.