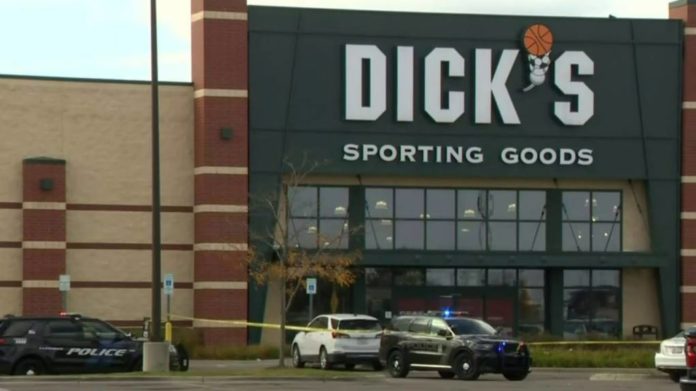 Police were called to the mall on a report of shots fired just before 1 p.m. An unidentified male pulled out a firearm and fired several times outside in the parking lot, Police Chief Ryan Monroe said.

Roseville Police Chief Ryan Monroe says one male fired a couple rounds into the air, possibly towards one of the cars.

The Free Press left messages on mall management and security phone lines seeking information about the shooting. A manager at DXL store said they locked the door after noticing police in the parking lot.

Witness Lisa Richards was getting a massage at Good Health Massage place when police cars and dogs started barking. The mall went into lockdown and shoppers had to wait in the back of stores before being taken to an emergency exit.

Michelle Sand said employees and customers were notified of an active shooter in the mall and were told they could stay in the store or leave. Sand said she decided to run out before the gates were completely down.

Sand, a grandmother with seven grandchildren and an eighth on the way, said she ran as fast as she could to get to her car and told people to get out. She said she was scared and hoped no one was hurt.

Police were searching and evacuating stores at the mall and asked the public to avoid the area. They were searching for a male wearing black pants and black shoes as a potential suspect.

For more details on this story, check out the news outlets below.