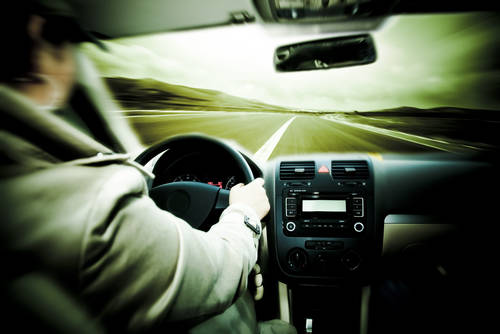 Loui Robert Villa, 31, was found guilty of second-degree murder for a DUI crash that killed a veteran newspaper editor, Gene Harbrecht, near his Orange County home two years ago.

He was also convicted of driving under the influence of alcohol causing injury and DUI with a blood-alcohol level above the legal limit.

Villa had a blood alcohol content of .26 when he drove at 11:40 a.m despite previous warnings about drinking and driving.

A witness caught the alleged street race before the crash on dash-cam video, and a good Samaritan doused the burning pickup truck with a hose so it wouldn’t explode, according to the prosecutor.

Villa pleaded guilty to driving under the influence of alcohol in April 2012 and was warned he could face upgraded charges as a result.

The driver of the vehicle, Villa, was accused of racing is facing vehicular manslaughter and hit-and-run charges.

Villa’s attorney said his client had been drinking and was likely speeding, but that he was not racing another driver and that he tried to avoid a collision with Ricardo Navarro Tolento’s car.