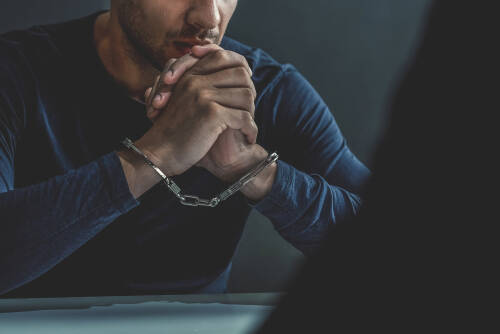 In connection with the killings of four University of Idaho students, new information is being revealed about the suspect.

The chief of the Moscow Police Department confirmed during a press conference on Friday that Bryan Christopher Kohberger, 28, had been arrested in Pennsylvania in connection with the murders of Ethan Chapin, 20, Xana Kernodle, 20, Madison Mogen, 21, and Kaylee Goncalves, 21.

Kohberger was arrested in the early morning hours of Dec. 30 on a fugitive from justice warrant, and he is awaiting extradition to Idaho. As per Idaho law, information about suspects is limited until they are extradited.

At this time, no motive has been determined for the murders of Goncalves, Mogen, Kernodle and Chapin. All of the victims were all stabbed to death in an off-campus house in Moscow, Idaho, in the early morning hours of Nov. 13.

Kohberger is listed on Washington State University’s website as a Ph.D student in the Department of Criminal Justice and Criminology. Pullman is also only eight miles away from the scene of the murder.

A now-deleted Reddit post by Kohberger — under the user name Criminology_Student — asked ex-convicts to take part in a study that explores how emotions and psychological traits influence crime-committing decisions. According to the post, the study aims to “understand the story behind your most recent criminal offense, with an emphasis on your thoughts and feelings throughout your experience.”

In the post, Bryan Kohberger is listed as the “Student Investigator” with a DeSales University email address.

Kohberger graduated with a Masters of Art in Criminal Justice from DeSales University in 2022. As part of a public statement, the university also confirmed he was once a student.